Authenticity, this is what Laurinda and Jason Stanton seek to preserve in their Land Park home. Built in 1927, then temporarily remodeled by the HGTV show Home Crashers in 2013, the Stanton's home still has original wood floors and the inlay for an old Murphy bed. Their furniture, mostly antiques, complements the structure and integrity of their long-lasting leaded glass, crown moldings and several other original details. 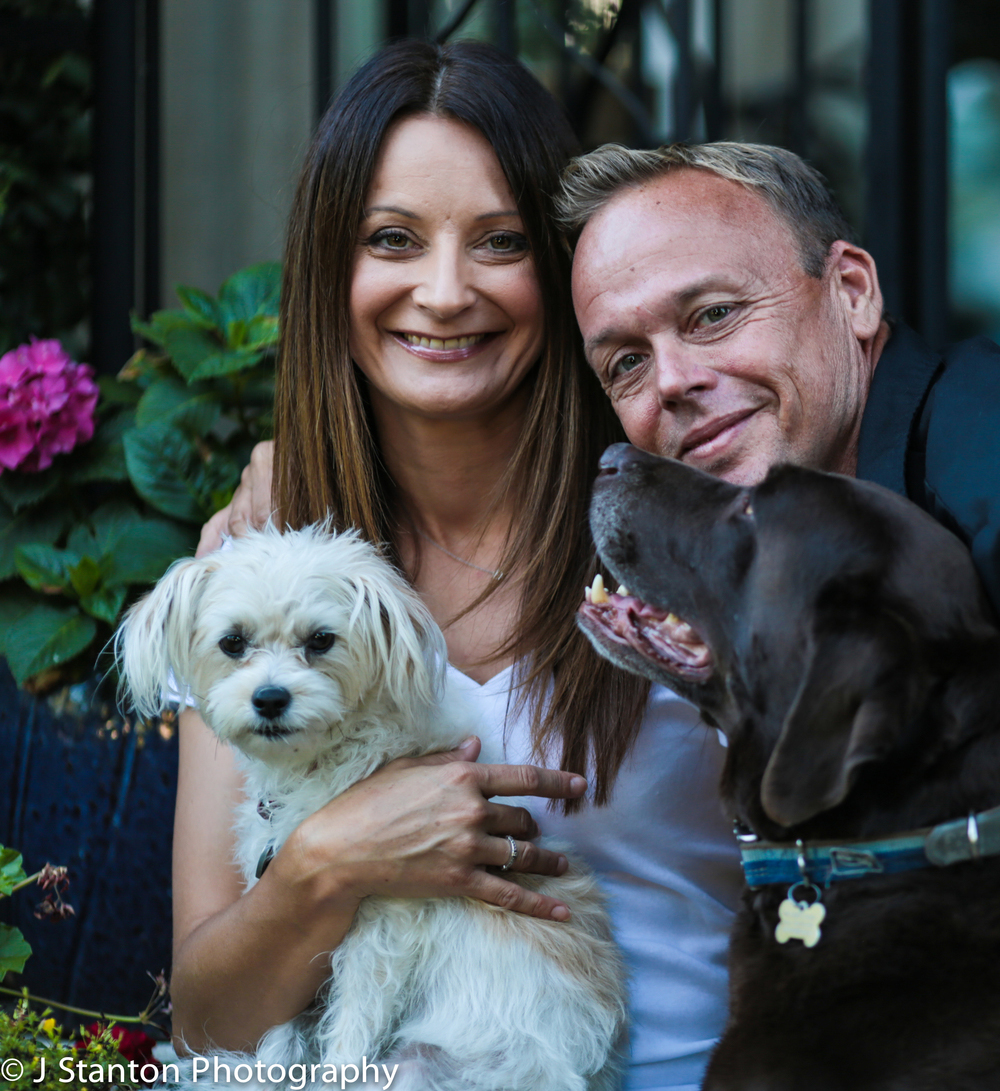 Laurinda and Jason Stanton work long and hard as an Organ Recovery Coordinator and Pilot, respectively, so when moving last November from out of state, desired a “family oriented community”. They found just that in Land Park, and continue to love it as their new neighborhood. 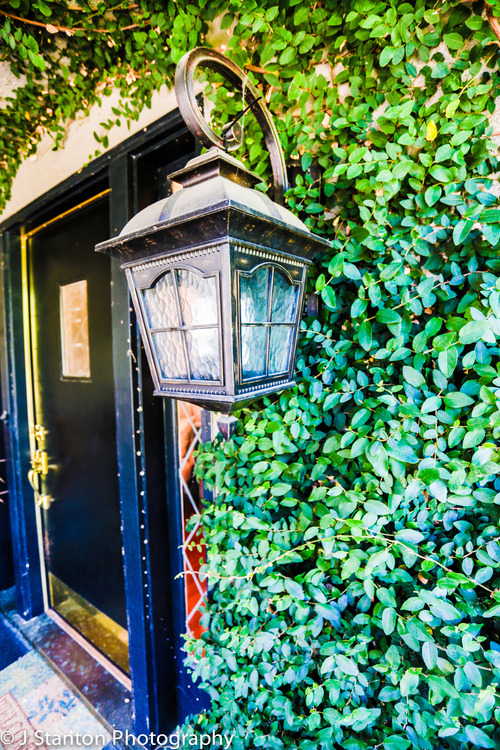 They met real estate agent Michael Glascock at an open house and when they decided Sacramento was a place they would like to settle in for a while, they called him. Because of Michael and his knowledge of the area they had a “great experience” buying their home. The couple was “very specific” as Laurinda put it, and Michael was nothing but responsive, giving them a range of ideas to choose from, and sharing his enthusiasm throughout the process. They knew the “bones [of the house] had to be strong” and they got exactly what they wanted. In fact, the Stantons did not even look in other areas after seeing this house.

The couple describes their neighborhood as well kempt, full of character, and style. They have enjoyed learning the history of the area and how it has flourished. They describe their community as having a “special something” that is “intangible” but when they met their house, it “felt like home.” They are self-titled “dog people” and quickly found that many others in their community are as well. They enjoy being close to the zoo, golfing, the river, and even though they don’t have children of their own, appreciate what a dream Land Park is to grow up in.

The Stantons have found Vic’s Café and Vic’s Ice Cream to be regular go-to establishments, but their favorite restaurant, is a hidden treasure: Jamie’s Bar and Grill located on Broadway. They also love the Tower Theatre, and will travel a little further to the Kombi Haus VW shop in Oak Park and Scott’s Seafood on the River to satisfy their needs and interests. 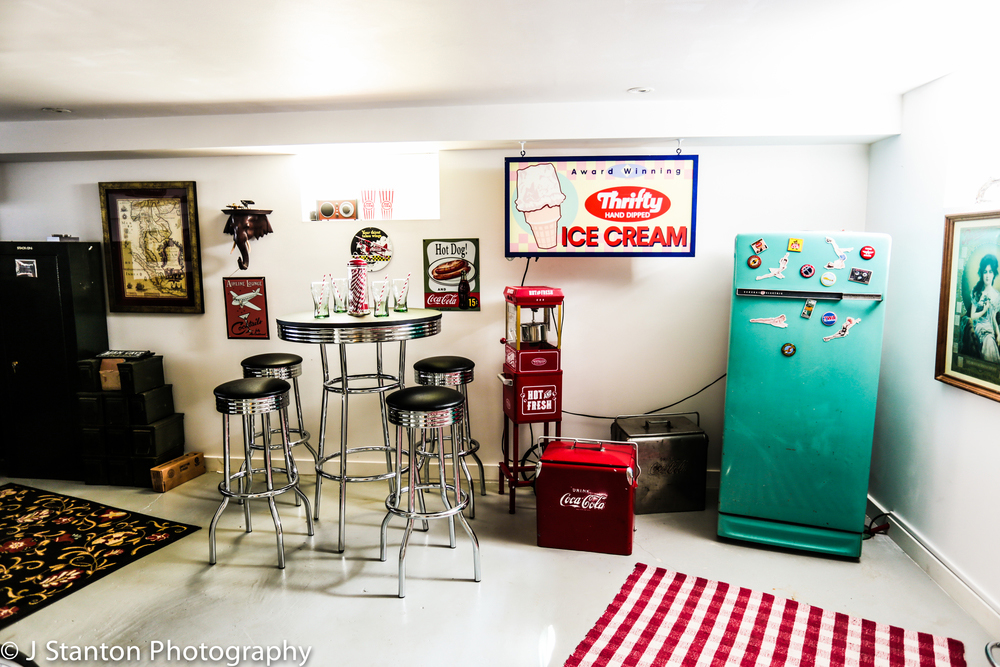 Most of the house the Stantons live in has not been altered since the previous tenants left, but they have accentuated certain aspects to make them their favorite parts of the house. While Jason’s favorite room is his man cave, with several modes of entertainment like a projector and an antique refrigerator, the room also pays homage to family members, as it is filled with mementos and heirlooms. He also appreciates the original wood fireplace, which is a central focus of the living room, creating a sense of warmth and welcome. Laurinda, enjoys her dressing room with soothing colors, vintage design and a vanity, where she can retreat and relax without disturbing her husband in the morning. She also favors the entry way which highlights subtle details like 12 inch baseboards and original windows. 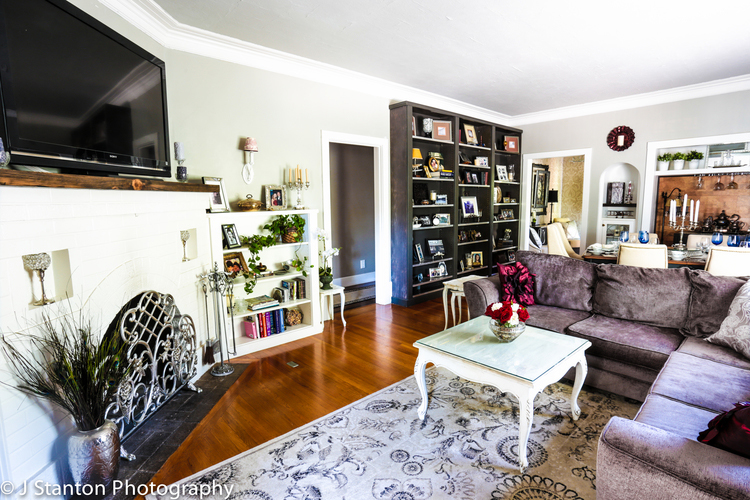 Though their home is aesthetically pleasing, when asked what makes their house a home, Laurinda stated that “sharing [the space] with friends and family” make memories, and the memories are what make it a home. Jason added that the house became a home even earlier, because of the “memories from other generations” and he believes that “a lot of good times” happened in their home.